Be Fearless and make that change 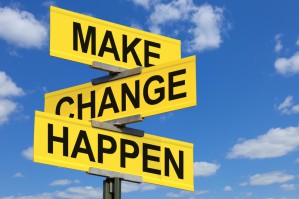 The pandemic has brought much sadness and stress for so many of us and its effects will be felt for years after this horrible virus burns out or is brought under control.

Dreams have halted, careers stalled, and relationships put on hold as young and old adjusted to a lockdown lifestyle.

One covid habit many of us have adopted is binge watching more TV.  One program I came across again was the ‘Stand’ based on the Stephen King masterpiece, not the new series, but the original from 1994.

Stephen King is one of my favourite authors, he is incredibly prolific. Having written over 60 novels and at 72, his new releases almost always land at the top of the best-seller lists.

But King wasn't born a successful writer, he had to work at it.

He wrote stories as a teenager and college student, collecting a huge backlog of rejected stories he stored in a large crate.

King was working as a teacher in rural Maine when he wrote his first novel, “Carrie”.

By this time King had some small success selling short stories, but nothing that anyone could build a career around.

King submitted “Carrie” 30 times to publishers. He was rejected 30 times.

Before his 31st attempt, he threw the manuscript out.

His wife rescued it and encouraged him to try one more time. The rest…is history.

We all know people in life who should have been successful but for whatever reason they aren’t. When you ask just about anybody who has become successful if they have ever failed at any aspect of their journey, if they are being honest, you will get quite a few stories of missteps, closed doors and blunders.

Having the courage to fail is part of the DNA of those that succeed and possessing the intelligence to learn from any mistakes, is the difference between success and serial setbacks.

The pandemic has made people cautious, and safety is paramount but as we embrace the next normal are too many people in business about to play it safe and revert to type?

A recent YouGov poll of post Covid behaviours found that more than half (54%) of 4,343 people who took part hope they will make major changes in their own lives after the crisis.

This got me thinking about change, success and failure. Will we have the courage to make the decisions  we should make to change the way we live and work for the better?

Will we take our ideas from our hopes and dreams and seek to make them a reality or will we drop back into the normality of day-to-day living.

Perhaps, we have something we believe in passionately that we have never tried or attempted or failed in the past. Will we have the courage to make a change by identifying what went wrong or having the passion and determination to make what we want become a reality?

I’d ask you six questions to stimulate your own ideas or reawaken enthusiasm in an old plan:

If you are part of the cohort that want to change the way you live and work, then you need to be fearless. This is because successful people are not afraid to move on with life and in their career.

This can be daunting, but why should we fear change if we take control the process and have learned from our previous mistakes?

I wish you success.