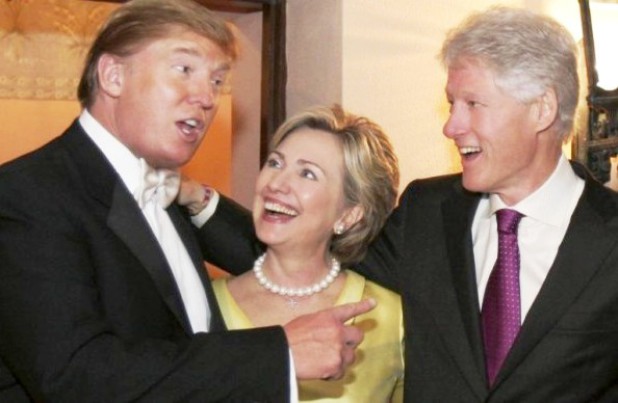 While at times it may not seem like it, we are nearly a year on from the seismic American election of 2016. One of the lasting memories of an eventful campaign are the October surprises sprung upon both Trump and Clinton in the final weeks.

The October surprise is well known American jargon, commonly used in politics, which describes an event that is either deliberately timed or created or indeed that happens spontaneously that has an impact and influence on the outcome of an election, particularly when choosing a president.

October takes on a greater importance because of the November date for local and presidential elections. When an event occurs so close to the election date, they have a potential to have a major impact on the outcome, and last October did not disappoint.

Donald Trump was first to suffer, when footage was leaked which showed him using explicit language claiming that, as he ‘was a star’; he was entitled to kiss and grope women. This led to a dangerous dip in fortunes and the removal of key endorsements from major republican figures, such as, John McCain and former Secretary of State Condoleezza Rice.

However, just when it looked bleak for his campaign his fortunes where dramatically reversed when his opponent Hilary Clinton was hit with an even bigger ‘October Surprise’, through the intervention of FBI Director James Comey.

Comey sent a letter to congress in which he stated that he would be taking "appropriate investigative steps" to review additional emails related to Hillary Clinton's use of a private email server. The smoking gun which had forced Comey to intervene had been the discovery of emails on a computer that was seized by the FBI, during an investigation of former congressman Anthony Weiner. Hillary Clinton responded to the decision of the Director by calling on the FBI to be fully transparent and to release "full and complete facts" on what the emails contained, but the damage was done.

In her newly published book ‘ what happened’, Clinton credits the October Comey surprise as having a massive impact on her campaign and one of the key reasons Trump, despite his own surprise, sensationally won the Whitehouse.

This all goes to show, that be it October or any month of the year, none of us in life and business should underestimate the impact of events and ensure we have a recovery plan in place.

How we react is far more important in most cases than the surprise. Many would argue that Ryanair have made their current misfortunes worse by appearing to be disorganised and failing to reassure customers.

I’d ask you what your surprise response plan is. I won’t call it disaster recovery, as most surprises are rarely disasters, no matter how bad they appear at the time. In fact, a proactive response can reduce their impact and even turn a negative into a positive.

Research has shown that the greatest fear for many during a period of change is feeling out of control. It’s easy to sit on the side-lines and watch events unfold but that can engender fear of the unknown and resentment of the outcome. It’s sometimes not easy but I would urge everyone to avoid being a victim of change surprises and events can bring and instead become an active participant.

It’s far more empowering to involve yourself in the change and mould an outcome you desire. Here are ten things I’d urge you all to adopt:

1. Remember it’s not as bad as it appears. It is important to count your blessings when you face a major change. Of course, it is natural to feel that everything is going wrong when a surprise raises its ugly head. However, it’s important to step back and take stock and focus on the good things and people in your life.

2. Be aware that change always happens; nothing stays the same for ever. Change will inevitably happen in both your personal and professional life. You can’t live in the past, so denying that change could occur makes things more complicated for you.

3. Stay alert and know what is happening around you. When you come across clues that hint change is on the way acknowledge them and begin to plan for their impact.

4. Talk to someone you trust. We all face major life changes and none of us should try to face them alone. When you’re struggling with a surprise, there is nothing as powerful as hearing ‘I can help’ from someone you know will be sympathetic to your plight, or who has the skills or network to make an impact for you.

5. Get additional help. If you simply cannot manage the changes happening then seek help from those you know who can give you that assistance that is needed.

6. Anticipate the change process by recognising its different stages. Keep in mind the faster you get to the acceptance stage, the more positive life will become.

7. Assess yourself: as change is a time when your confidence about your skills and capabilities gets shaky. Recognise your strengths and where you could bring them into play. At the same time stay aware of your areas for development and work on improving them.

8. Be adaptable: Look at all the different angles and nuances of the change and see where you could apply your existing skills and knowledge to manage the change and exploit any opportunities it brings.

9. Stay optimistic and maintain a positive mental attitude and outlook. It is perfectly normal to feel emotionally upset and drained at times but don’t let yourself drown in uncertainty.

10. Manage your stress.  Life changes can and will increase your stress levels, and some of us have a more difficult time handling stress than others. People tell me a manageable amount of stress is actually a healthy thing, but I’d not wish that on anyone. Be prepared to have strategies in place to manage your stress. Ensure you don’t ignore your health, your hobbies or your loved ones when surprises arise.

I’ll leave you with the words of Hillary Clinton nearly 1 year on from her October surprise ‘I’ve just let everybody down, I’ve let my country down, I’ve let the world down.’

Make sure you don’t ever feel this way and have strategies in place to handle surprises in your life and business.