I didn't know you did that! 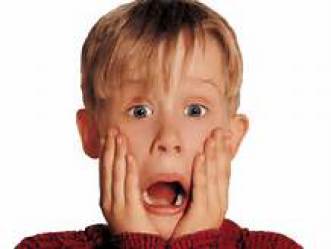 The words every business person dreads to hear from any client are:

‘I didn’t know you did that’

It usually means that the need for a service or a product that the client had has been satisfied, but sadly not by you but by a competitor.

There is also the danger that the service they have received in this process is such that you have lost them as a future customer and may even lose the existing business you have with them.

I didn’t know you did that, are truly frightening words to hear a client utter.

I would like to share with you a story I was told by a client a few years ago.

My client was a financial adviser with over 20 years’ experience.

He had built up his business, chiefly by being an expert in the At Retirement market and had established a good client bank.

One day he received a call from a long standing client, he had arranged her pension ten years previously and was diligent in conducting a yearly review to ensure it was on track to meet her goals.

The call was a rather pleasant one, as the client informed him that she had just won the lottery. His eyes lit up and a broad smile went on his face as she explained she wanted to see him as a result of her good fortune.

The appointment was arranged and he went along to see her. After a hearty congratulations, he got down to preparing to discuss how this windfall could be put to best use not only for her pension but with an investment strategy to safeguard her future.

The client was happy to discuss maximising her pension but when the subject of investments was raised she said something that nearly broke the adviser’s heart, she said:

“Oh I don’t want to talk about investments, that’s already been done for me by my investment adviser. I only wanted to talk to you about pensions, as that’s all we have ever talked about these past ten years. I’m sorry I didn’t know you did that”.

Now, whilst he was nearly crying inside at this revelation, being the composite professional that he is, he carried on and ensured the pension review was completed.

He maintained this professional veneer until he walked to his car, when the deflation over took him as he replayed his clients words in his head ‘I didn’t know you did that’, his shoulders slumped and he walked what seemed a mile to his nearby vehicle.

About a week later, he received another unexpected call from the client, no she hadn’t won another roll over, she was concerned about the adviser.

She had seen his demeanor change when she told him of the involvement of the investment professional.

She had also seen his disappointed drudge to his car.

She apologised profusely for using someone else for her investment needs and said:

The adviser told her no apology was needed.

The client went on and said she wanted to give him some other business to make up for the disappointment.

The adviser’s eyes lit up and his shoulders raised in anticipation until the said:

‘Do you do home contents insurance?’

The perils of clients not knowing what you do are dangerous indeed.

Not only can you miss out on business you can lose the client forever as a competitor deals with them.

It is vital that every one of the clients you deal with know everything that you do and that you don’t take this for granted.

When my client told me about this story I sympathised with him as I had heard this so many times.

The reason for this in my view, is due to what is called in marketing the ‘rule of seven’.

You may not have heard of it but the rule of seven is a marketing principle, that states that your clients need to see or hear your marketing message at least seven times before they take action and buy from you.

Now we can argue over the exact number, but it’s a sound business principle that your communications with clients must be an on-going process in order for it to be successful.

My advice to my client was simple.

I told him about the rule of seven and suggested that he put together a flyer detailing everything that he does. I also suggested that he use this text on his website and create his ‘I didn’t know you did that’ communications plan.

He then arranged to mail or email (depending on their preference) every one of his clients once a quarter to remind them of every single thing his business offered. His business still does this.

He also made sure his website and social media strategy reflected this.

Ensuring that every one of your clients is fully aware of what you do and your business is front of mind when they need you is a process. It is one of the most effective ways to increase repeat business and retain your clients and obtain referrals.

If you can build this communication process correctly and stick to it, you can ensure you change ‘I didn’t know you did that’ into ‘I’m glad you do that’.